WE HAVE AN AUDIO CHANNEL

Here you can finally listen to all our bands. Updates very often, so check it out!
Pubblicato da AFOFOROMUSICCLUB a 13:43 Nessun commento: Link a questo post 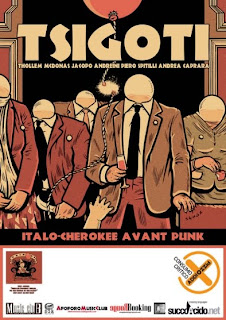 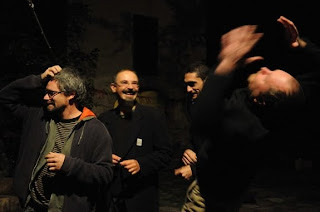 “Esuberante e indomito, mai banale, il disco mostra dei musicisti in stato di grazia, capaci anche di abbandonarsi all’improvvisazione pura e semplice se necessario.“
- OndaRock
"Both musically and lyrically, no punches are pulled. The group appear to take lyrical inspiration from the likes of Crass and the Ex, but updated for a new era. Tsigoti will win you over, and you’ll be hitting play again and again. this is a band with something to say and the means for saying it like nobody else could even conceptualize".
- Foxy Digitalis
"If Primus & Gogol Bordello spent a weekend listening to Jello Biafra & Noam Chomsky."
- YouTube
“Rocambolesca e intellettuale, la musica degli Tsigoti fa del suo polimorfismo medium e messaggio. Contro ogni guerra. Che è, comunque la si voglia mettere, pur sempre terrorrismo.”
- Rock-it
"The music itself is mostly fast-paced, off-beat, punk rock that perfectly complements the anti-war themes of the songs. This is in a league with Jello Biafra and the Guantanamo School of Medicine".
- KFJC Radio
"Tsigoti is an exercise in political debauchery and a forward vocal delivery of self-restraint from Thollem Mcdonas that comes a-swingin’ right out of the gate. Behind this lies the wirey, convulsive guitars of mastermind Jacopo Andreini that become the driving force of this quasi-punk anthem, while the rhythm section spends time deconstructing things down into No-Wave-esque breakdowns and pummeling, fluid drumming".
- Tiny Mix Tapes
“When we compare the fusion of these sensations to a sort of feverish pagan ritual and listen to this set with the same attitude of, say, looking at a shaman dressed like a young Joe Strummer, the honesty of intentions begins to clash (pun definitely intended) with our previous ideas pretty hard. Bizarrely frank stuff.”
- Touching extremes 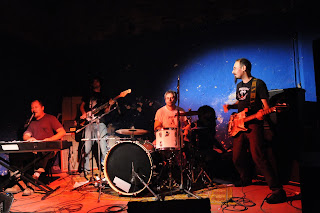 TSIGOTI is coming again for its new european tour. A new album recorded during winter 2010, changed line-up, same determination, passion and energy on stage. The band recently played a 6 weeks, 30 shows and 9000km tour in the USA and it's ready to do more. The next tour will take place in Italy from april 15th to may 8th, 2011. Be part of it. 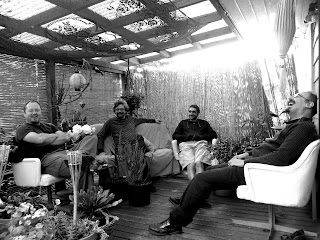 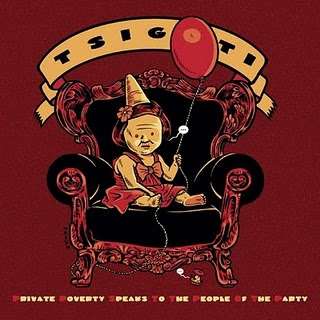 Waristerror Terroriswar (Now TSIGOTI) is a collaborative and improvisational quazi-punk band dedicated to expressing their opposition for war, authoritarian regimes, and violent religious extremes. It's a band made up of members from two different continents with a tremendous amount of experience in a wide variety of musical situations. Their first album transpired the year after the 2006 war between Lebanon and Israel though it is not about that war specifically but war in general. Some songs were written in a few hours, and without teaching them to each other they recorded the first album "TheBrutalRealityOfModernBrutality" in 3 days. They met again one year later to record a second album "PrivatePovertySpeaksToThePeopleOfTheParty", play their first shows to wildly enthusiastic audiences, and reconfirm their collective skeptical optimism.
TSIGOTI (meaning 'I see' in Cherokee language) is the next step. Same people, same instruments, same improvisational spirit, now with more involvement and time to craft songs. This time war is seen from the inside, from people who suffer being attacked, trapped, imprisoned, terrorized and tricked. The music has become more complex, with guest musicians from our Valdisieve family (Edoardo Ricci, Samuele Venturin, Francesco di Mauro, and a choir of a dozen of friends). A multi-layered approach to the sound, exploiting new recording techniques and equipment, brings Tsigoti sound to your ears exploding in all its controversial spikes. The artwork is signed by master cartoonist Squaz and the album was released in december 2009 by ESP-Disk, distributed worldwide.